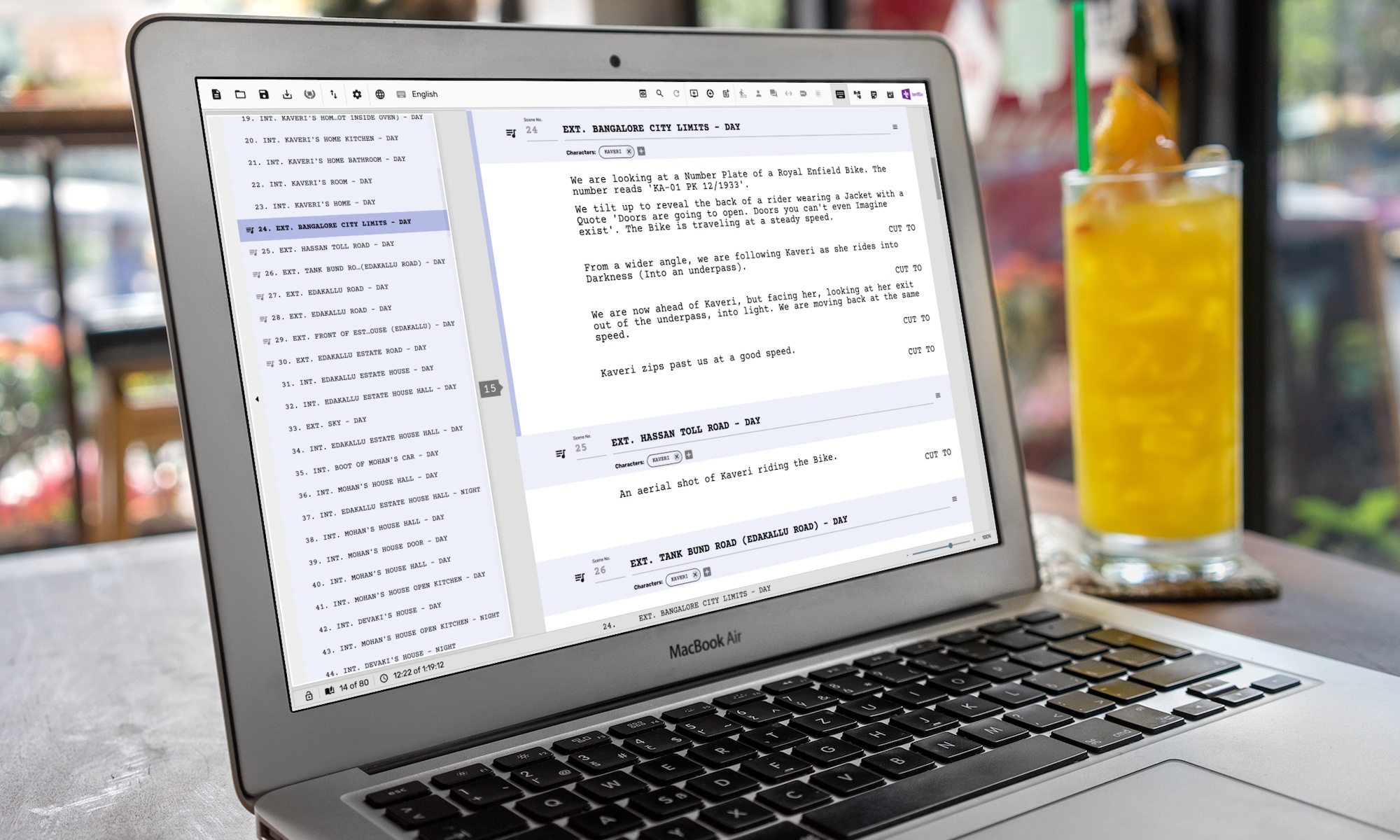 Map the structure of your screenplay using index cards and organize them into acts. Color code your index cards to gain additional visual clarity.

Whether you are writing a linear, non-linear or Rashomon; visually capture the flow of your story. Use annotations to capture all your ideas in one place.

Format your screenplays to industry standards, even as you type in multiple Indian languages. Keep track of your screen time, page count and characters in every scene.

Capture your story notes, scene notes and character notes distinctly. Optionally include them in reports for effective communication with the pre-production staff.

Whether you want to extract dialogues or entire scenes for a specific character, or extract scenes at a specific location or time of day, or get a birds eye view of which character is in which scene, Scrite’s powerful set of reports has you covered.

Whether you are studying a film or are checking visual representation of your own screenplay, Scrited tab helps you with synchronized playback of the film along with your screenplay.

Scriptalay – a library of screenplays

Download and read screenplays of popular films directly from within the app. Screenplays hosted on our library are either directly sourced from its copyright owners or derived from public sources.

Whether you want to continue working on a script you write in Final Draft or Celtx, OR you want to export your work from Scrite to other formats, we have you covered.

Download Scrite on your macOS, Windows or Linux desktop and give it a try!

Over 3000 writers from around the world are actively using Scrite today. Be among the early adopters who enjoy writing on Scrite and help make it better!